Cosmetology Schools and Careers in Phoenix

If working in a spa environment appeals to you, look no further than Phoenix. Two of the Forbes top 10 spa resorts in the country are within 100 miles or less of Phoenix, with a host of others in the Phoenix metro area. Of course salons also abound—which is a good thing, since the city's extreme climate makes it one of the worst cities in the country for hair. In May 2019, cosmetologists in the metro Phoenix area earned a mean salary of $32,670 per year ($15.71 per hour). The job growth projection for cosmetologists in Arizona is 10% between 2016 and 2026, which is higher than the national average.

Looking For More Than Just Schools?

The schools listed below will provide you with the 1,600 training hours Arizona requires to become a licensed cosmetologist. 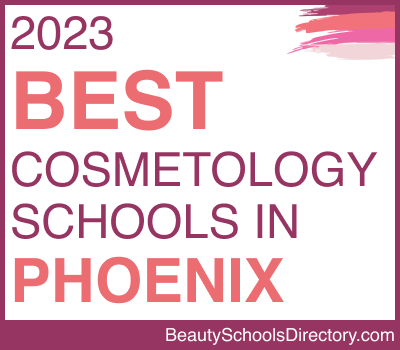 If you're looking for only the premier schools that Phoenix has to offer, then check out our list of Phoenix's best cosmetology schools.

The Studio Academy of Beauty – Accredited

The Studio Academy of Beauty – Accredited

Find Other Cosmetology Schools in Arizona

Check out the Cosmetology schools these cities in Arizona have to offer.