Cosmetology Schools near Portland, OR

If you want to launch your career as a cosmetologist in a city with a competitive salary and bright career outlook, Portland may be the place for you. In May 2019, the mean salary for cosmetologists in Portland was $32,160 per year ($15.46 per hour). This is higher than both the national average ($31,530) and the state average ($29,070). The population in Portland, Oregon, grew exponentially between 1980 and 2015, and it's still growing. As the largest city in Oregon, Portland's expansion is likely part of the reason for the bright career outlook for cosmetologists in Oregon. The job growth projection is 11% between 2016 and 2026, which is higher than the national average of 9%.

To become licensed as a cosmetologist in Oregon, you need to complete 2,300 training hours and pass two exams. The schools below can help you fulfill these requirements. 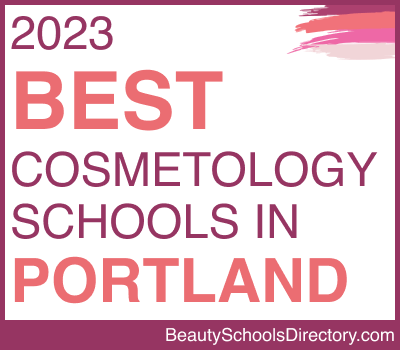 If you're looking for only the premier schools that Portland has to offer, then check out our list of Portland's best cosmetology schools.

Find Other Cosmetology Schools in Oregon

Check out the Cosmetology schools these cities in Oregon have to offer.