Syracuse's population of about 141,000 people may be small compared to that of cities such as New York City, Buffalo, and Rochester, but it is chockful of amenities, including over 200 salons. It was also ranked #3 in BestPlaces's list of Most Secure Places to Live in the U.S. (Large Metro Areas). These are just a few reasons to begin your career as a cosmetologist in Syracuse.

New York state requires cosmetologists to complete 1,000 hours of training and pass a written and skills exam to become licensed. The Syracuse cosmetology schools below can help you achieve those goals. 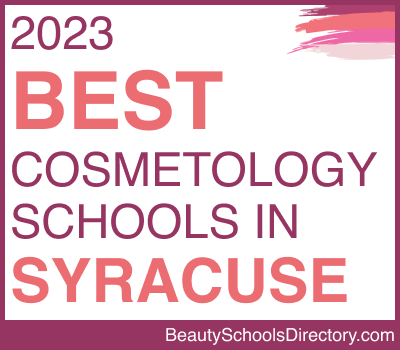 If you're looking for only the premier schools that Syracuse has to offer, then check out our list of Syracuse's best cosmetology schools.

Check out the Cosmetology schools these cities in New York have to offer.