Pennsylvania is an excellent place to become a cosmetologist, and the cities of Harrisburg, Lancaster, Lebanon, and York are no exception. With Lancaster and Harrisburg being only 50 minutes apart by car with the other two towns in between, you could attend school in one of these cities and work in another with a relatively short commute. Philadelphia is also nearby, and they host dozens of beauty expos, conventions, and workshops every year. Cosmetologists in Lebanon made $29,570 per year, or $14.22 per hour, as of 2018—higher than the state average by over $7,000. In York, they made $21,740, or $10.45 per hour; Harrisburg cosmetologists made $20,580, or $9.90; and in Lancaster, they were paid $22,600, or $10.87 per hour. The state is anticipating a 10% growth in cosmetologist jobs between 2016 and 2026.

Pennsylvania requires cosmetology students to complete 1,250 hours of training, or 2,000 hours of apprenticeship, before applying for licensure. The Harrisburg, Lancaster, Lebanon, and York, PA, schools below will all help you gain the training hours that prepare you for exams. 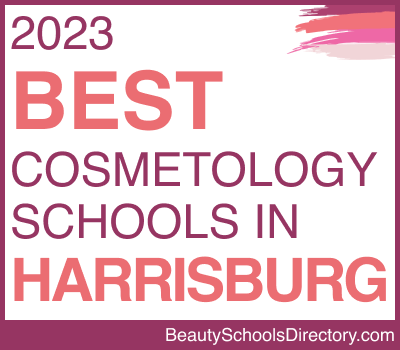 If you're looking for only the premier schools that Harrisburg has to offer, then check out our list of Harrisburg's best cosmetology schools.

Barber and Beauty Academy of Pennsylvania

Find Other Cosmetology Schools in Pennsylvania

Check out the Cosmetology schools these cities in Pennsylvania have to offer.